Gingivitis and Periodontitis: The Dangerous Duo 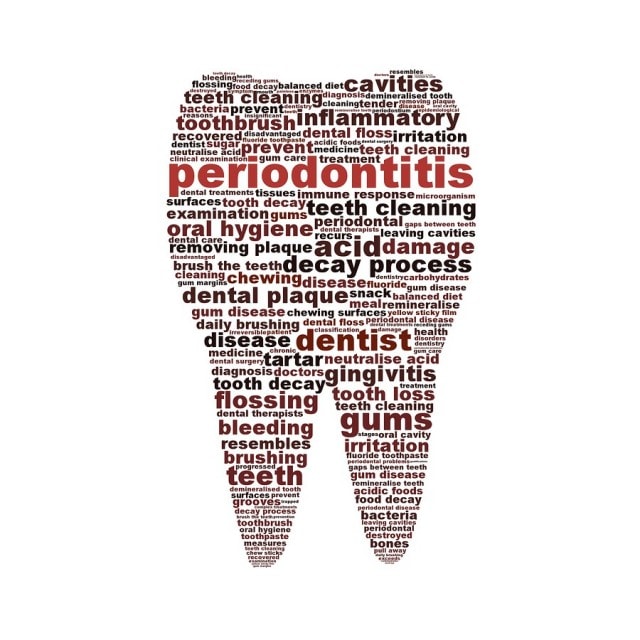 Gingivitis is the inflammation or irritation of the gingiva, or gums. Gingivitis is caused by a build-up of certain types of bacteria on the teeth, which collect on the surface of the teeth and are called plaque. Unlike most of the other surfaces of the body, the teeth do not have any way of shedding their outer surfaces, thus allowing plaque to build up on the surface unless they are intentionally removed. These plaque feed on food particles which enter into the mouth and sometimes become stuck while eating, which produces toxic byproducts. These byproducts initiate the body’s immune system to attack both the plaque and the surrounding tissue, which leads to damage of the gum tissue.

Periodontitis is caused by the inflammation of the periodontal areas, which are the structures within the mouth that surround and support the tooth. Periodontitis involves the loss of the alveolar bone (the bone that supports the tooth and root) and connective tissues in the jaw. This occurs because of the body’s immune response to plaque. As the body initiates a host response to attack plaque, the gum tissue is also damaged, leading it to separate from the tooth and form spaces called periodontal “pockets”. The plaque then invades these spaces, and further progressive loss of the bone and other connective tissues within the oral cavity is caused by the continued immune response to destroy the plaque in these pockets. The loss of the bone and connective tissues may become so advanced that the gums too, begin to retract and teeth become loose and fall out.

Differences Between Gingivitis and Periodontitis Disease

While both of these diseases share the similarities of being caused by the immune system’s response to plaque, there are several ways to distinguish the two.

There may be times where it is necessary for a dentist to carry out specialized procedures in order to treat either gingivitis or periodontitis disease. Two popular treatments for these diseases are root planning and scaling, which are usually done in tandem with each other. These treatments involve using instruments to remove the plaque in hard to reach areas and then as well as smoothing out the tooth surface to make it more difficult for plaque and tartar to adhere to the tooth exterior. In cases of moderate to severe periodontitis, a dentist may suggest bone grafts or guided tissue regeneration, which uses material in order to re-grow lost bone in order to prevent against tooth loss, as well as to improve the aesthetic appearance.

The best way to treat these two diseases, however, is not to get them in the first place! With a good oral hygiene regimen, which includes brushing teeth properly twice a day, flossing at least once a day, and staying away from food and beverages that put you at an increased risk of plaque, you are well on your way in avoiding the dangerous duo of gingivitis and periodontitis.

PrevPreviousFood around Dupont Circle. Where to go after the dentist.
NextSmile more! Turns out, it’s attractive.Next