Summer in the City: Part One

Summer in the City: Part One 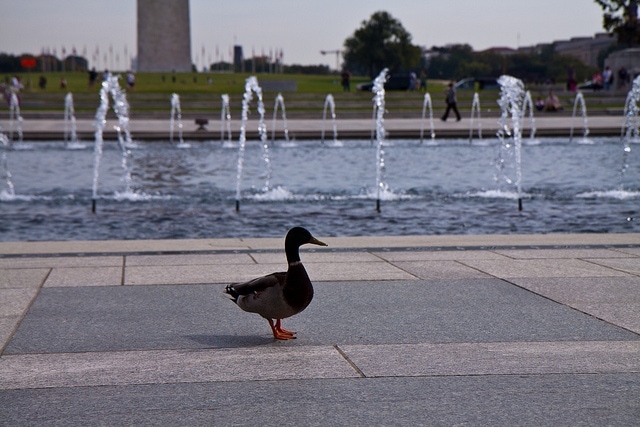 Summer is here. What does Washington, DC have to offer?

Washington, DC is a fairly transient town. Lots of people moving in, lots of people moving out. Luckily, the fun things to do in this great town stay relatively still. Though, some of us have been here for a long time, and as one of such persons, I wanted to share some of what I know about this great city. I’ll be going over what IS available in the summer, as well as when and where. I hope this helps you in your summer adventures in the city, and that you get to experience new activities and places along the way!

There are a few notable festivals that take place in DC over the hot months. The first to mention is also the closest one to this writing: The DC Jazz Festival. The Jazz Festival is celebrating it’s 10th anniversary this year and is boasting an astonishing array of performances. Over 120 different performances, from June 24th through the 29th. Some of the top venues to go to are: The Hamilton Live, The Capitol Riverfront, and the Sixth and I Historic Synagogue, just to name a few. Here’s the full scope of the festival with all of the venues, dates, and times: The DC Jazz Festival.

The Source Festival is also here this summer…and also awesome. It’s a collection of performances that is a bit of an exclusive experience, as in, it’s not happening, really, in other countries. The festival centers around innovative new theatrical works that set the foundation for the new generations of performing artists. It’s three weeks long and will contain numerous plays: three of them are full-length, 18 are ten-minute plays and also three “blind dates,” which bring performing artists from different “play-styles” together to create an novel work. There’s also going to be a Talent Show in which not only the artists can partake in but you as well! Check out their website for more info: The Source Festival.

The Safeway National Capitol Barbecue Battle is also coming up in June. Specifically on the 21st and the 22nd. It’s also the 22nd anniversary of this fine food fare. Thousands of people attend every year and it really is no wonder to me. There is tons of great food, fun, and food…I know I mentioned it twice but it’s only because it’s on my mind. In fact it’s been hailed as “One of America’s Most Prestigious and Entertaining BBQ Contests” by USA Today. It’s packed with celebrity chefs, cooking demonstrations, music, talent shows, and a lot more. It does cost a little bit of money, but it’s definitely worth forking up a few dollars for what you get. Check out the website and get your tickets: The Safeway National Capitol Barbecue Battle.

More to Come Next Week!

This is just a smidgen of what’s going on this summer, and I’ll keep writing about more in the following weeks. I hope you get to go to at least one of the mentioned goings-on listed above. I’ll see you there!

Stay healthy my friends! See you next week.

PrevPreviousFlossing – Am I Doing it Right?
NextSummer in the City: Part TwoNext